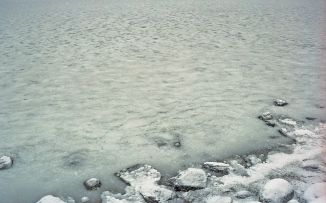 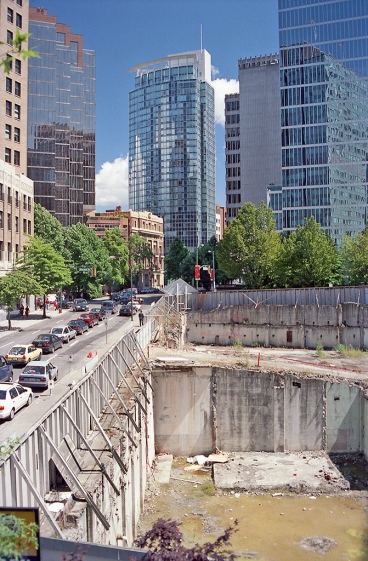 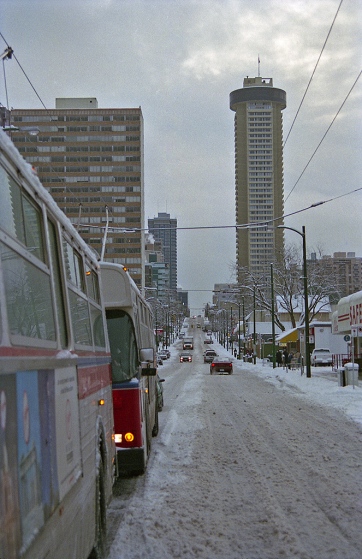 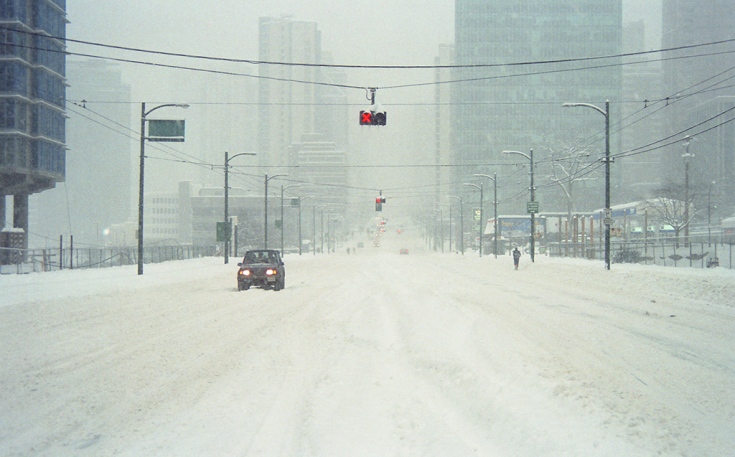 Lost in #VanRELand is a long-term photography project that explores the intersections between consumer culture, the built environment, the everyday, and the themes of cultural constructs, colonialism, myth-building, and utopias, as communicated through commerce, advertising, real estate, urban planning, and human behavior, as found strewn across the metropolitan region of Vancouver, Canada, a place deeply marked by #VanRE, its anti-genius loci.

In the mid to late 1990s, American music, magazines, television, and movies—the staple content of my Canadian English-language media diet—on the West Coast were still superficially fun and innocent; on the other side of the Atlantic, much of the Yugoslav Civil Wars, especially the brutal Siege of Sarajevo, were over, the ex-Soviet Bloc countries that my immigrant Slav brothers and sisters came from were cautiously embracing post-Communist optimism and journeys of “being on their way to joining Europe”; and, globally, even though we knew that the now unbridled corporations of the now supreme late capitalism were lying and deceiving us—to the extent that was necessary for business to function fruitfully—we still held a certain belief, perhaps fueled by the exuberant optimism of the age and our youthful naiveté, that those corporations wouldn’t trample on the sacred social contract that kept us from social, economic, and moral chaos (even though, to a more well-read observer, it was clear that late postmodern capitalism was maturing and amassing great energy and power, like a brazen tropical storm, and the triumphs of globalism and the Internet-based corporate surveillance would soon undeniably assert their supremacy… soon… after the foretold apocalyptic scenarios of “Y2K” that would not materialize, the real estate markets in the western world would assume their natural endless growth, and we, with our endocrine systems full of unrealized angst, would sink into the sullen stupor of the 2000s and onwards).

In this climate of boundless western optimism, underscored by cutesy global tech apocalypse fear mongering, the marketing agents of our real estate development industries started to conscientiously work on a new, expansive and well-defined, brand for the southwest region of Canada—a more thorough, unique terroir (Fr.) brand for the Canadian West Coast intimately rooted in a nature and adventure experience consumption culture mythology (still somewhat referent to its rich aunt, the “Republic” of California)—to replace its historical, colonial-era “real estate speculation and securities fraud Wild West” image with a new mythology legitimizing it as a “world class” node of perpetual leisure within the burgeoning global utopian fantasy narrative of late postmodern capitalism.

(About ten years later, reading Dream City: Vancouver and the Global Imagination by Lance Berelowitz, I realized why this probably was:

“Vancouver’s physical setting, edged by water, has resulted in a significant portion of the city’s public realm being located along the waterfront. From the city’s beginnings, this was always the case, though on a far smaller scale… but the accessible waterfront was from the outset constructed as a space of civic leisure… With the decline in waterfront industrial uses in recent years, public access has been significantly expanded and enhanced. A growing proportion of Vancouver’s constructed public realm is now waterfront-related: formal seawall walkways and bikeways, lookouts and piers, beachfront parks… numerous smaller pocket parks overlooking the water, and several streetend access points. In many ways, these elements are a substitute for the more traditional centrifugal public spaces of older cities. (Chapter 9, A Sense of Place: Characteristics of Vancouver’s Public Real, page 127-28)

“The corollary to the waterfront edge condition is that Vancouver really has very few of the more traditional public open spaces at the centre. (ibid, page 129))

As such, the more frenetically I tried to find and inhabit that imperfect, chaotic core that older cities tended to have—to be on more intimate terms with the foreign urban construct I now called home—the more the urban fabric of its streets, public spaces, and privately owned public spaces (POPs) spun me out and to its waterfront edges.

And, so, any forays through the West End and Downtown promptly spun me out to the Seawall with its HYPNOTIC VIEWS (and a strange colonial aftertaste of First Peoples’ dislocation), and any forays in East Vancouver spun me out to the wharves and berths of Port of Vancouver, still open to the public at that time… while the urban matrix of streets, sidewalks, high rises, and walkups was relegated to the role of a background.

I was peripherally aware that the city, by design, was trying to numb me down, neutralize me, keep me moving, centrifugally outwards (or off the streets, into the Temples of Commerce—more on that later), but I dug my heels in and resisted—because I found its urban fabric a more loaded and richly nuanced subject than its internationally lauded natural backdrop.

And, so, I buckled down, and decided to become serious about being a “serious street photographer artist”. (LOL!)

I upgraded to a fully manual, 35 mm SLR camera, started shooting on 35 mm Kodak colour negative film (mostly ISO 100 or 200, sometimes infrared), and became committed to expressing my belief in “a better future through art”. (ROFL!)

Then, to formalize my approach to street and landscape photography further, I delved into the study of the history of western painting—from western Classical, Baroque, and High Renaissance, to Neoclassicism, Realism, and Impressionism—and started to experiment with incorporating their approaches to colour, subject matter, and composition.

As such, the photographs from this period now appear to me more aesthetically oriented, and in a subtle dialogue with a European painting heritage as well as, perhaps, a deeper nostalgic longing for “a more ‘European’ urban format” that many of us immigrant-settlers still struggle with to this day.

ALSO IN THIS SERIES: